Rahat Mahajan’s Meghdhoot, doing the festival rounds, is a marvelous fusion of fantasy, myth and magical realism in a contemporary setting

Rahat Mahajan’s Meghdhootdoing the festival rounds, is a marvelous fusion of fantasy, myth and magical realism in a contemporary setting

In the cloistered environment of a boarding school in the foothills of the Himalayas, a timeless drama of love plays out, creating visual poetry on screen. The past coalesces into the present seamlessly in filmmaker Rahat Mahajan’s debut feature film Meghdhoot. Performative arts such as Koodiyattam, Kathakali and Theyyam, classical and ritualistic story-telling art forms of Kerala, are woven skillfully into the cinematic narrative to bring alive the immortal story of Jaivardhan and Tharini.

Inspired by Kalidasa’s fifth century epic Sanskrit poem Meghdhootham, Rahat has made a film that bridges eras, places, and cultures into a story of eternal love, reincarnation and redemption. An ancient myth that begins when a Yaksha and a Yakshi fall in love finds realization in the present through the romance between two students in the boarding school.

Says Rahat: “I have taken the premise of the cloud becoming a messenger between two people from Meghdhootham and crafted a story around that. In the epic poem, the Yaksha is banished to Arunachala, which seems to be in the South while their home Alaka seems to be somewhere in the Himalayas.”

Although Meghdhootham does not delve into why the Yaksha was banished, Rahat has used his creative license to bring a story of lust and longing that results in the banishment of Jaivardhan. The story of the Yaksha and the Yakshi has been transposed to the present, in the pre-mobile phone era through the romance between the students Jaivardhan and Tharini. Although Rahat began writing the story in 2010, he took time to begin shooting because he was clear that he wanted his work to be a showcase of Indian aesthetics for a global audience.

Initially, Rahat’s idea was to seek the help of a traditional performer to act as the sootradhar of the story and introduce the various segments to the viewer. However, his meeting with seasoned Koodiyattam exponent Kapila Venu had him rewriting the story of the film. Rahat believes that serendipity brought Kapila to the project. Till a relative of his mentioned Kapila’s name, he had not even heard of the ancient theater art form of Koodiyattam. From there it was Kapila, credited as director of traditional theater forms, who helped him find the right forms, performers and music to breathe life into his characters from a mystical past. Dashananan (Ravanan) and Hanuman have been performed on screen by Kathakali veteran Peesappilly Rajeevan and Sadanam Bhasi respectively. Kundilarambath Lakshmanan is the Theyyam performer who appears as the ancient Tharini. Kapila’s eloquent gestures, expressions and eyes narrate the story in the Koodiyattam form.

Kapila says that as soon as she read the script, she knew that it had to be Rajeevan to enact Dashananan (Ravanan), the thorn in the romance between Jaivardhan and Tharini. She had the lyrics translated into Malayalam and Sanskrit and set to music. For enacting the present-day characters, auditions were held. The audition for the casting brought in new faces that Rahat wanted. When he felt that the actor cast in the role of the mythical Jaivardhan did not seem organic, he himself stepped in as the ancient version of the character, dreadlocks and all. Living up to the spectacular performances of the practitioners of traditional art forms are Ritvik Tyagi, who aces it as the confused adolescent present-day Jaivardhan who feels a strange pull when he sees Tharini, enacted by Ahalya Shetty. However, Tharani, troubled by visions and depressed, sees Dashananan at the most unexpected places, as Dashananan continues his pursuit of Tharini.

Rarely has a modern film come up with such a nuanced blending of Indian art forms and aesthetics to tell a contemporary story. “The idea was to make a contemporary Indian mythology organically, merging the oldest forms of storytelling with the newest one, that is cinema, and finding a new form of storytelling that is very much Indian, yet also universal,” states Rahat.

In 2016, Rahat came down from the US to shoot the Kumbh Mela at Ujjain. “That’s when my dreadlocks helped. I tied it up and went minimal clothing for a dip in the Shipra like the other sadhus. That helped me get some excellent shots of the Mela. I have devoted 12 years for this one film,” he says. 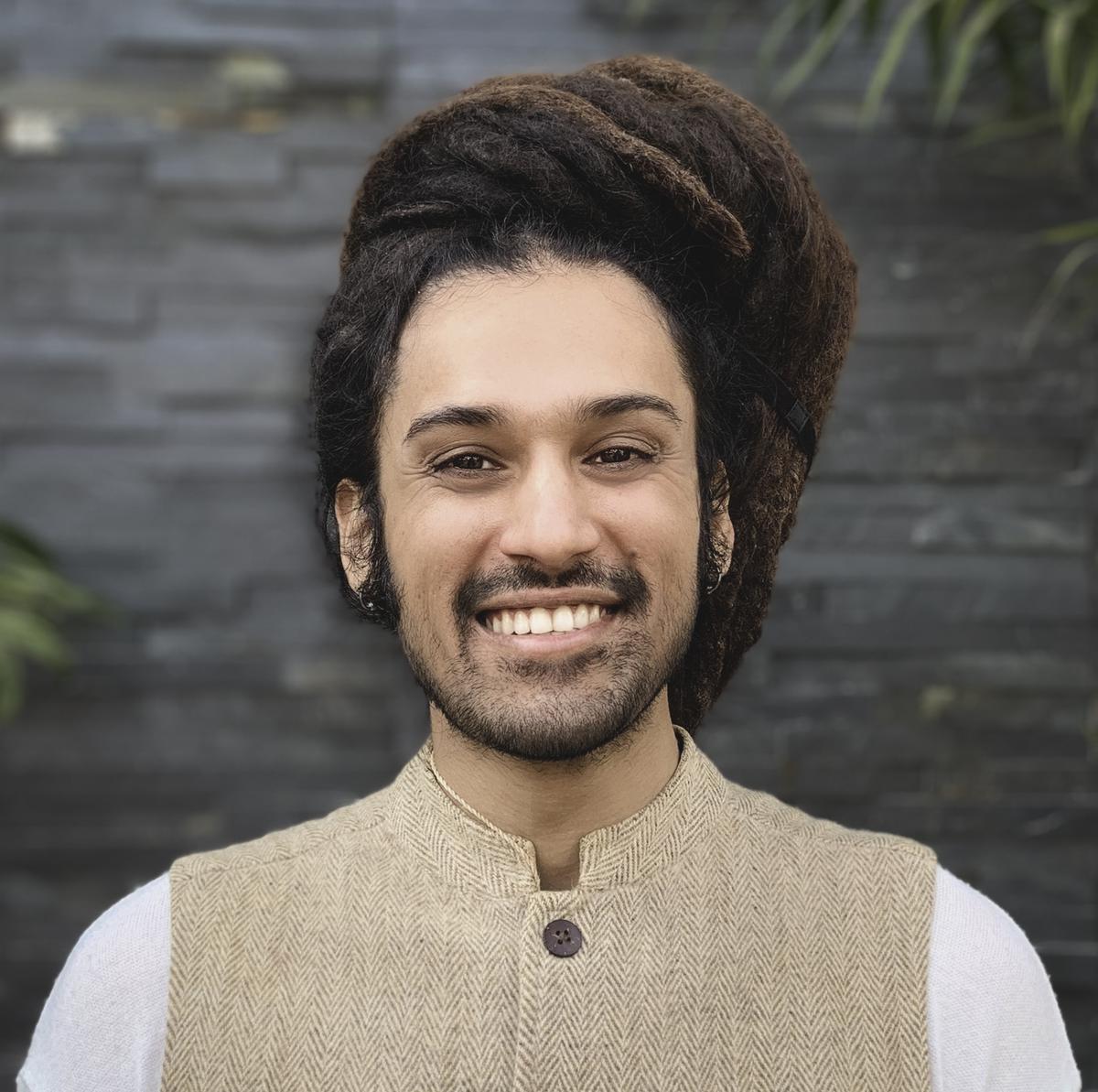 Going beyond a superficial merging of different story-telling mediums, Rahat has also tried to bring the Mukharagas (expressions) from the Natyashastra with the corresponding rasas (emotion). “I have also paid homage to Kalidasa’s Ritsuhamara by creating a storyline that incorporates all the seasons.”

In the meantime, Rahat is planning his next film, “more than a biopic on scientist Jagadish Chandra Bose”. The shoot is being planned in Kolkata in India and the UK. “I hope to make that soon and not wait for 12 years to make the film. It is also about science and nature, science and spirituality, all relevant themes.”